Researchers found exercise to be safe, improves heart and lung fitness, and enhances the quality of life for those living with asthma.

Everything You Need to Know About Exercising With Asthma

FacebookPinterestMessengerTwitterEmail
5 years ago| by Jeanie Davis

How to Exercise With Asthma

Up to 90 percent of people with asthma have symptoms of EIB when they exercise. For many people, especially teenagers and young adults, exercise is very likely the cause of asthma symptoms.

You must be careful when exercising – and take the right medication (and other steps) to prevent an asthma attack during exercise.

The problem is dry, cold air irritating your airways. When you’re not exercising, you likely breathe through your nose. This helps to warm and moisten the air that goes into your lungs.

When you exercise, you breathe more quickly through your mouth. This causes cold and dry air to get into your lungs, which irritates the airways. When that happens, airway muscles begin to tighten. This increases the chance of an asthma flare when exercising.

Other triggers that can make EIB symptoms worse:

What Are the Symptoms of EIB?

Coughing is the most common symptom. In fact, coughing may be the only symptom of EIB that you experience. Other symptoms include:

How Do Asthma Symptoms Affect Exercise?

The type of exercise you’re doing, the length of time you exercise, and the intensity of exercise are important. Typically, any vigorous activity that lasts for just six minutes (or more) in the cold, dry air will trigger asthma.

You may not feel symptoms when you first start exercising, but they will develop while you exercise – and will get worse shortly after you stop exercising. The symptoms can range from mild to severe but often disappear within 30 minutes.

Some people develop a second wave of symptoms many hours after exercise has ended – from 4 to 12 hours later. These are called “late-phase” symptoms and are typically less severe, but they might take 24 hours to quiet down.

Talk to your doctor about these asthma symptoms during physical activity. It’s important that you get help to control the asthma attacks.

Your doctor will measure your breathing – before, during and after exercise -- to test your lung function. You will then get an action plan to prevent asthma symptoms so you can continue to enjoy physical activity and exercise. You will learn how to prevent a full-blown asthma episode, and what to do if one occurs.

What Activities Are Likely to Trigger EIB?

Any activities that are popular in cold weather can trigger EIB – including snowboarding, ice skating, and ice hockey. Also, long-distance running, soccer, and other activities that involve constant motion.

However, a prominent review of 19 studies on exercises for asthma showed that people with asthma can – and should – exercise. Researchers found that exercise is safe, improves heart and lung fitness, and enhances the quality of life. The review encouraged people with asthma to exercise without worrying that their symptoms will get worse.

1 year ago| by Angie Finlay

Exercise is a key part of managing any chronic illness. Yoga for asthma might be the key to better respiratory fitness and a more comfortable life.

According to research, the best activities if you have asthma:

Talk to your doctor before starting any exercise program.

Always monitor your breathing. You can still participate in a variety of sports, even if you are prone to asthma attacks. Many professional athletes (including Olympic athletes) can perform at a very high level despite their EIB.

How to Exercise With Asthma

After exercise, cool down – and be prepared for asthma symptoms to recur up to 30 minutes later. Have your reliever medication ready in case you need it.

What Medications Can Help With EIB?

Three types of medications can prevent or treat your EIB symptoms. Your doctor will help identify the treatment program that works best for you.

Prevents symptoms if taken 10 to 15 minutes before exercise, and works up to four hours. Can also treat and reverse the EIB symptoms.

Must be taken 30 to 60 minutes before exercise, and once within a 12-hour period. Long-acting bronchodilators help prevent EIB symptoms for 10 to 12 hours. Does not provide quick relief, and will not help after symptoms appear.

Must be taken 15 to 20 minutes before exercise. May prevent the late-phase EIB symptoms. May be used in combination with a short-acting bronchodilator.

The goal is to keep you active and enjoying exercise – despite your asthma. Remember that exercise helps prevent asthma symptoms, so work with your doctor so you can stay in the game.

Asthma Facts4 Types of Asthma Inhalers and What They Do 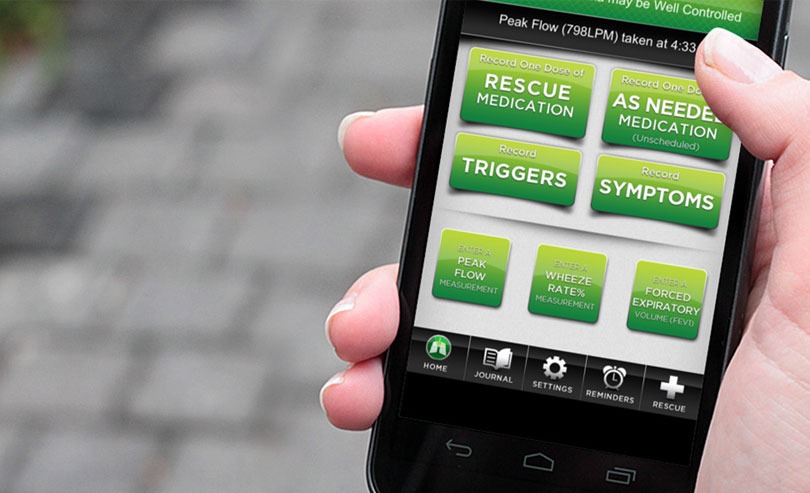